Paint matches have been provided in a table at the bottom of this page.

This scheme came in three patterns: A,B & C (C was only used on early examples) 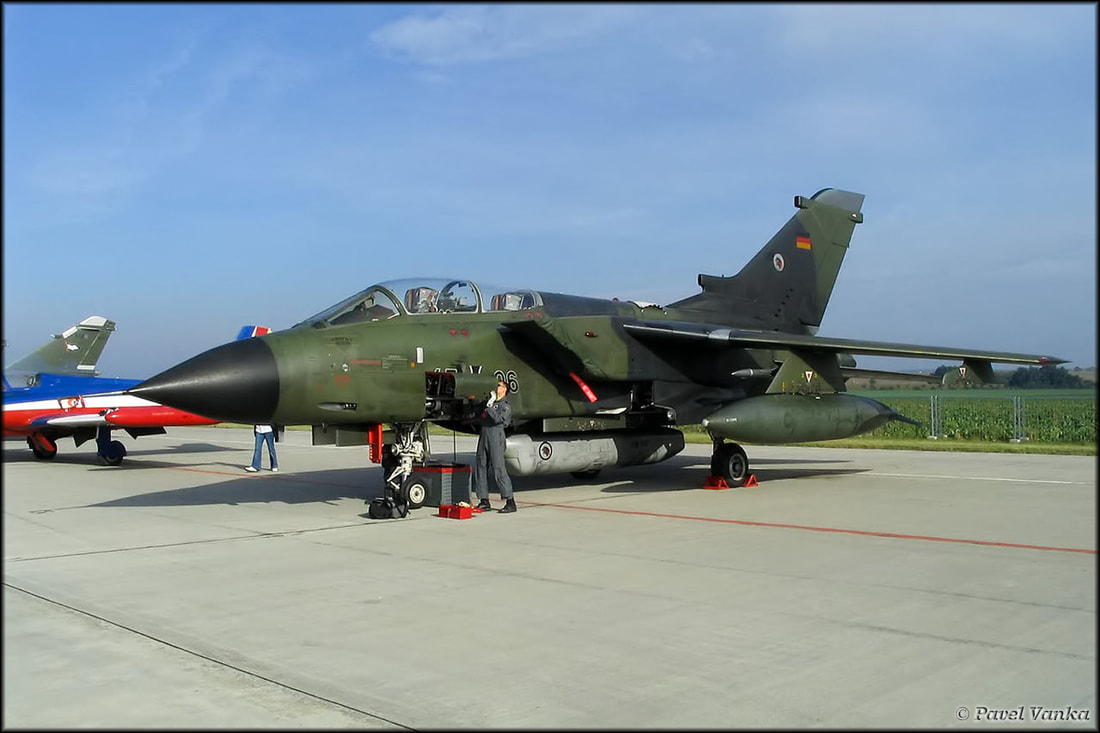 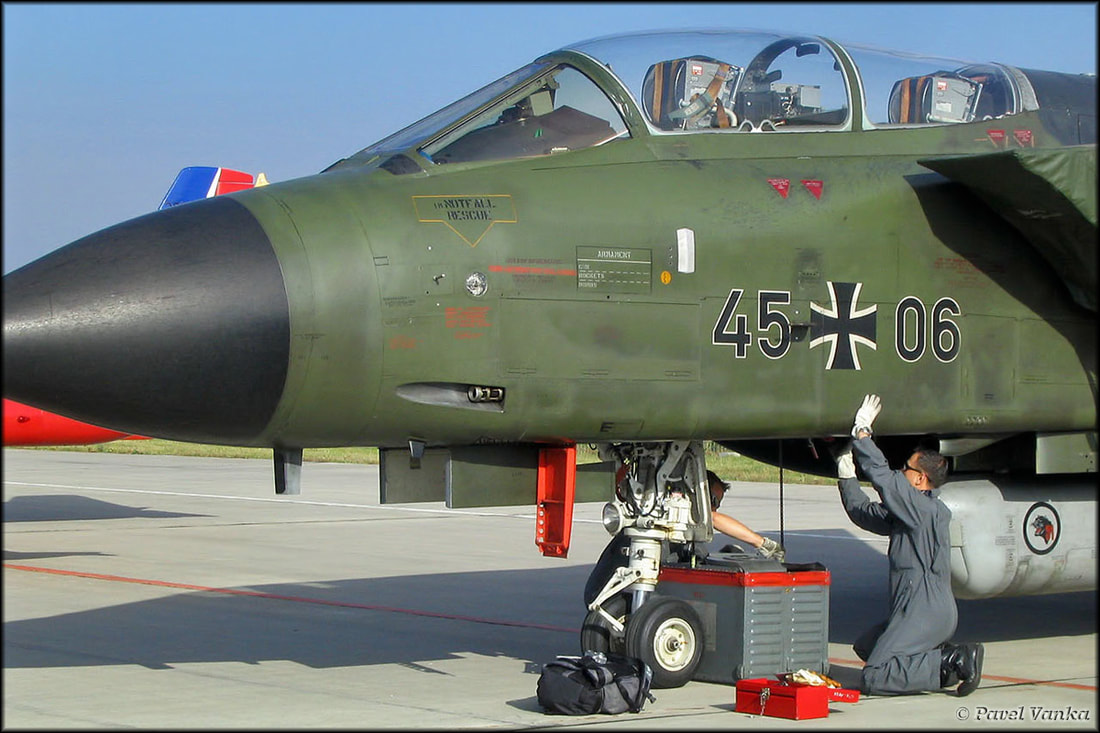 This scheme is part wrap-around.

43+73, year 2007 in a Norm 95 scheme, of Aufklärungsgeschwader 51 “Immelmann” displaying a heavy degree of weathering, to the point the demarcation between the camouflage colours on the nose is very difficult to see.

The current scheme for Luftwaffe tornados is an overall grey FS 35237 Grey Blue.

43+73, year 2009, of Jagdbombergeschwader 31 “Boelcke” shortly before the wing converted to the Eurofighter Typhoon. Camouflage is overall FS35237. 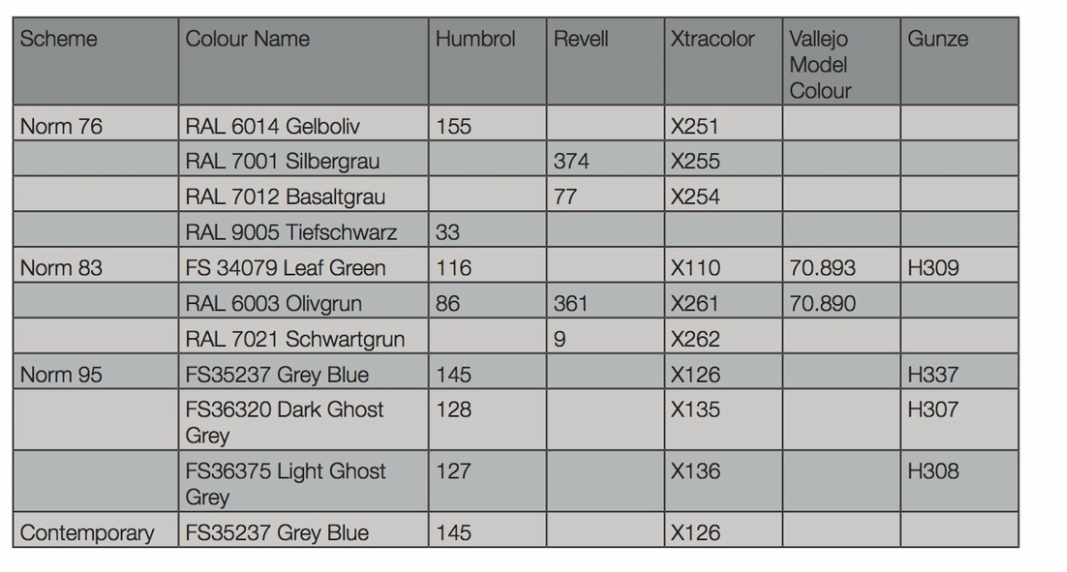 Every effort has been made to make these paint references as accurate as possible but discretion is advised.

A guide to painting detail parts can be downloaded below.