Paint matches have been provided in a table at the bottom of this page.

Norm 76 was the intial in service scheme for the Marineflieger Tornado. The upper surfaces are RAL 7012 Basaltgrau and the underside are a very pale grey RAL 7035 Lichtgrau. This should be, perhaps further lightened towards white.

43+73 in the Norm 76 scheme, year 1993, of Marinefliegergeschwader 1. This was one of the last aircraft to retain this scheme.

Norm 87 has a wrap-around of three colours, RAL 5008 Graublau, RAL 7009 Grüngrau and RAL 7012 Basaltgrau. Aircraft transferred to the Luftwaffe remained in this scheme for some time, with just the unit badges over painted. 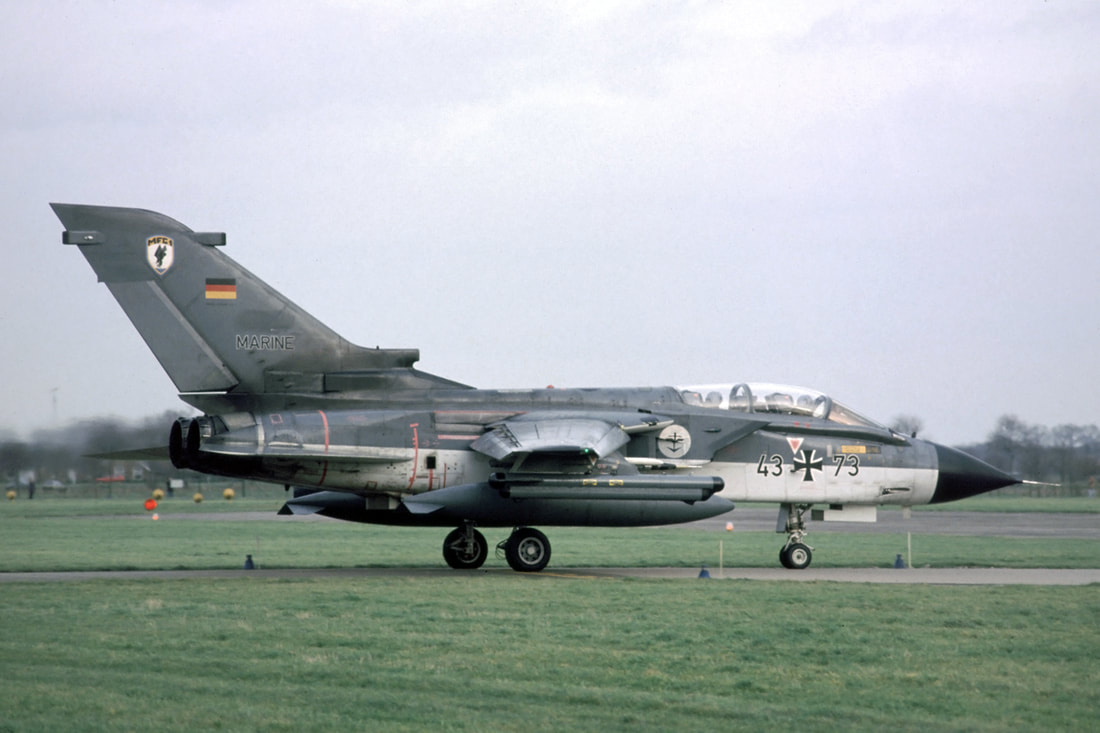 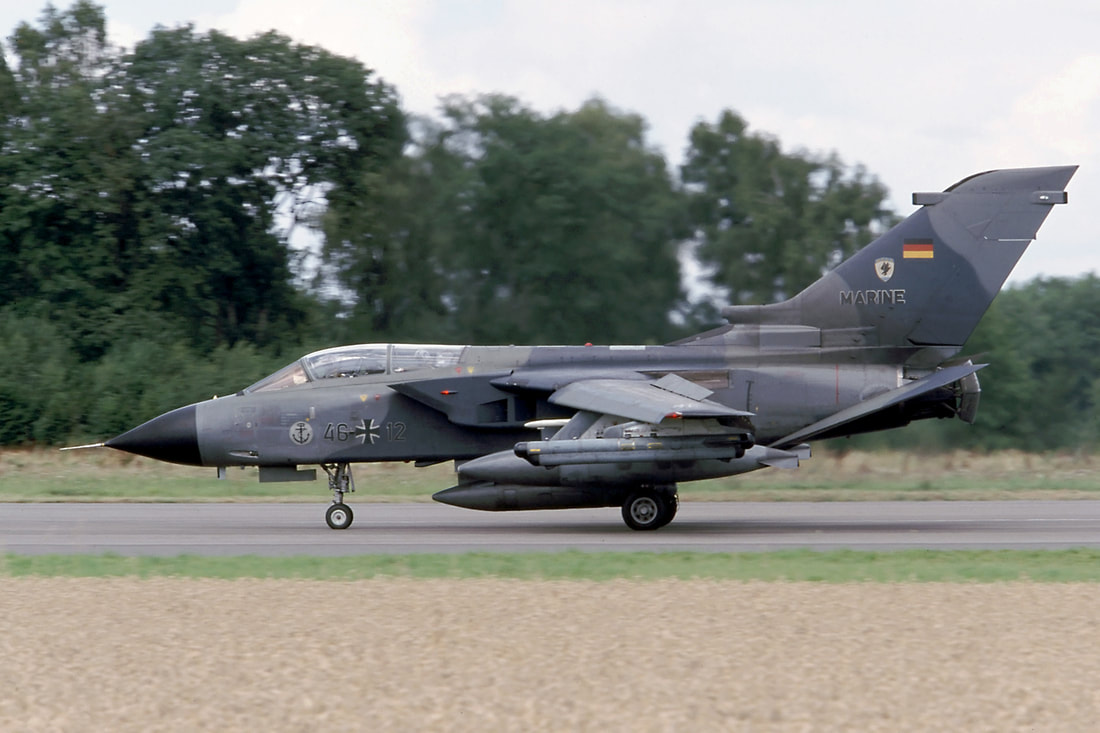 Every effort has been made to make these paint references as accurate as possible but discretion is advised.