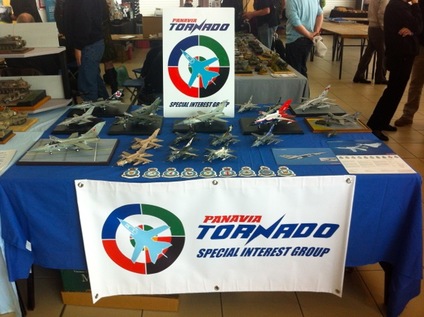 Debut SIG Display, Darlington 2012
Over the course of Scale Model World 2011 the idea of forming a Panavia Tornado SIG was discussed.

On the 28th of January 2012 the IPMS confirmed the SIG. To read more about the formation of the SIG, take a look at this thread over at the Airfix Tribute Forum. The SIG's debut display was at the Sword and Lance show in Darlington, in the North East of England.

The SIG has gone on to display in shows across the UK and Lithuania. There are actually two teams of modellers who put on the display, a Northern and Southern QRA!

The SIG is open to IPMS member and non-members, although non member are encouraged to join.